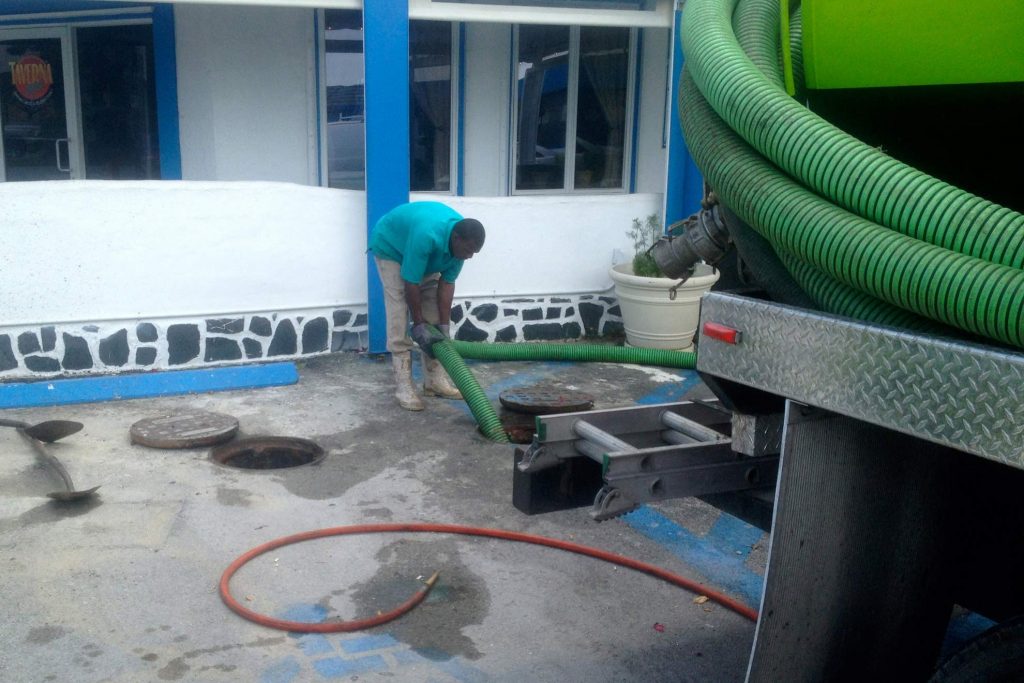 Jacksonville is known for many things. Aside from being Florida’s largest city, Jacksonville has left a sizeable mark on several industries, from the motion picture business to the fast-food beginnings. No doubt, our city is one of the fastest-growing cities in the United States. This ever-increasing population has also opened the door for the restaurant business to flourish. It takes a lot of food establishments to feed a growing city like Jacksonville, and it takes a lot of grease interceptor companies to dispose of the grease those establishments produce. Jacksonville Grease Interceptor Pumping has been serving “The First Coast” for decades, and we have earned our place in the lives of many restaurant owners.

The value of grease trap technology has become so important; there is no substitute. The Sewer Crisis in early 2019 that caused more than 900,000 gallons of raw sewage to flow into Sarasota Bay after a disastrous storm opened a city pipe, is a reminder of what havoc damaged sewers can create. City officials have since replaced most of the pipes and are very strict about their regulations. If clogged drains are caused by failure to dispose of grease properly, the restaurant owner can expect a hefty fine. Thanks to modern grease trap technology, food establishments have a safe and simple way to dispose of oil and grease, and interceptor pumping companies like us ensure that these traps are always in working condition.

When you open a new food business in Jacksonville FL, you cannot just install a grease trap and forget about it. The city officials also require that you stick to the maintenance schedule they provide, and regularly have grease interceptor pumping services to dispose of the oil. Such programs ensure that grease interceptors are working correctly and prevent blockages or overflows. Whether you are a new restaurant owner or have been in the business for a long time, these are some of the most frequently asked questions we get about grease interceptor maintenance.

Do I still need maintenance if I only have a small grease trap?

Yes, absolutely. Grease traps installed underneath your kitchen can only hold up to 50 gallons or so of grease. This means that they fill faster and will require pumping more frequently. Often, small grease traps require pumping at least once or twice a month, depending on the size of your restaurant and the quantity of greasy food you prepare. On the bright side, grease traps are far cheaper and easier to install than interceptors.

What if I have an underground grease interceptor?

Underground grease interceptors can hold from 750 to up to 4000 gallons of FOG (fat, oil, grease). With such a vast capacity, they take longer to fill and don’t require as much pumping. However, these interceptors are much more complicated to install and require excavation, which can be costly. The bottom line is that if you have a large capacity interceptor, you will spend more on installation and less on maintenance. Large commercial kitchens are required to have high capacity interceptors to deal with the high loads of grease.

How often does a grease interceptor need pumping?

The frequency of your establishment’s grease pumping depends on the guidelines set out by the Jacksonville City Health Department. Before they can implement a schedule of pumping and clean-up, they need to know some basic information about your business. First of all, the size of your interceptor. A larger interceptor fills slowly and may only need a few pumping sessions annually. On the other hand, a small capacity grease trap requires more frequent emptying.

Another thing the officials will consider is the amount of greasy food you prepare. Restaurants that have a lot of fried dishes on the menu use more oil, which means their grease interceptor will fill faster. Whichever the case, your grease interceptor should only reach about 25% before it is emptied. We’ll discuss more this rule in a bit. Generally speaking, smaller restaurants with low grease waste may only need cleaning once a year while larger ones up to three times annually.

The 25% rule is the only way City Officials can ensure that your business never causes dangerous back-ups or overflows in the sewer system. The idea is to pump FOG from your interceptor way before it poses a threat to the environment. With ample time, every food establishment has to perform grease interceptor pumping; there is no excuse for grease reaching the sewer systems.

To ensure that restaurants religiously follow this rule, Health Inspectors regularly examine the Maintenance Logbook required by every restaurant owner. With such diligent efforts, the city is kept safe from FOG spills.

Having trouble with your Jacksonville grease trap interceptor? Let our hydro-jet cleaning fix the problem!

Grease interceptors are only 100% empty when they are installed. Once they begin to fill with grease, you can never expect them to be completely oil-free — the constant presence of oil results in sludge build-up along the sides and edges of the interceptor tank. After a while, this sludge can cause severe issues and hinder the function of your grease interceptor. Traditional pumping does not address this issue, and that’s where our hydro-jet cleaning comes in.

Hydro-Jet cleaning is one of the unique services we offer at Jacksonville Grease Trap Pumping. Our company has invested in high-pressure water jets that can blast sludge away at a pressure of 3500 PSI. With the nasty mud out of the way, your grease interceptor can continue to serve you for years to come. Contact us today and let us get rid of your stubborn sludge.

GET A GUARANTEED CALL BACK      FROM THE OWNER